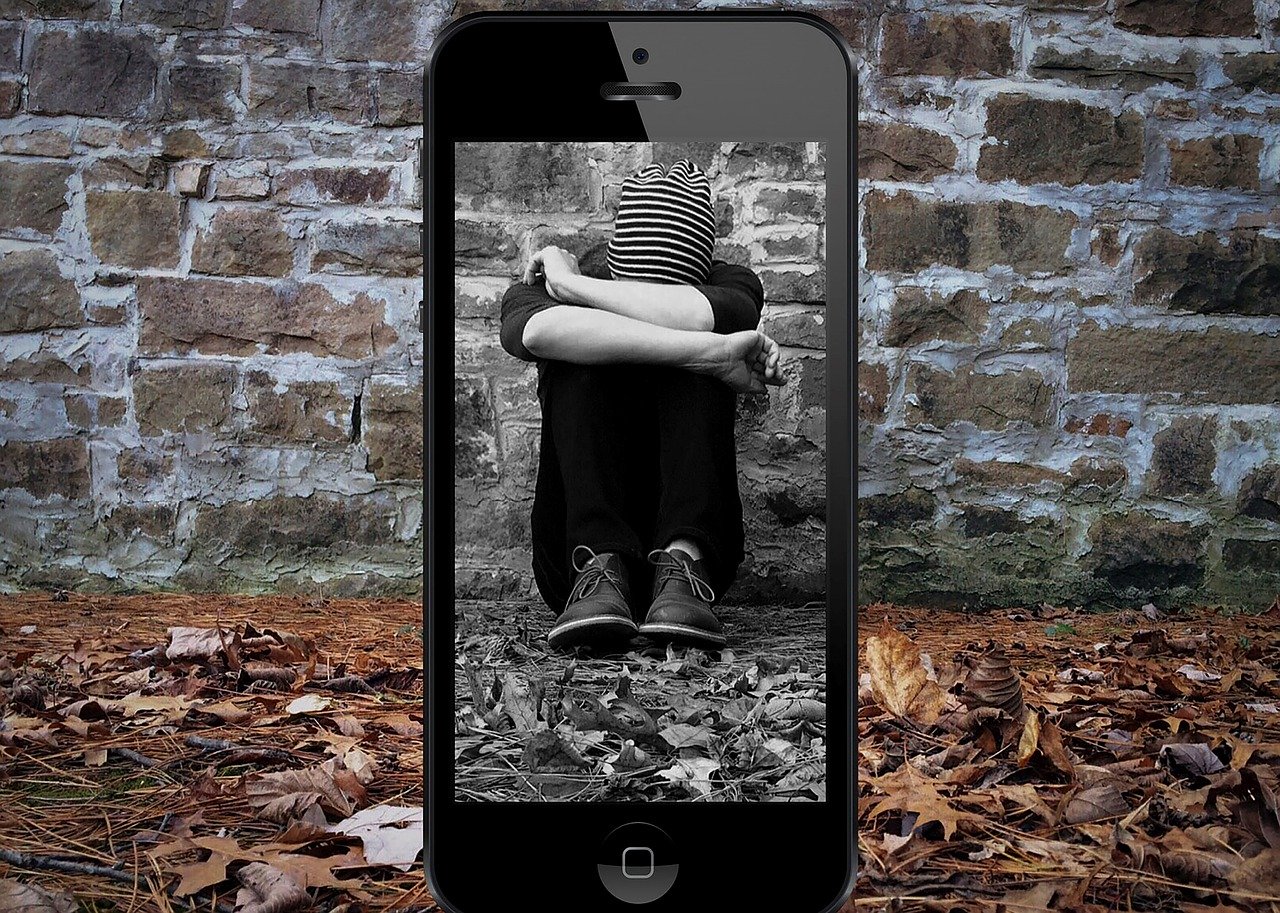 25 May Bullying and Cyberbullying: 3 Reasons Why It’s More Dangerous Today

Posted at 11:26h in The Grief Recovery Method by Kate Ryan-Taylor 0 Comments
0 Likes

Bullying certainly isn’t a new phenomenon. It has existed since the beginning of time. It’s also not something just found among humans; it occurs in a wide variety of animals and birds, frequently starting at birth. Among some sharks, it is even known to take place in the womb, when one prenatal shark may kill its siblings.

One might think that as mankind has evolved this trait would have been eliminated in the socialization process. Sadly, that isn’t the case. Whenever an individual or group sees another as “different,” this manner of behavior can still persist. What’s different can be related to size, intellect, sensitivity to feelings, physical disabilities, point of view, or any number of other issues.

While there are multiple reasons that bullying persists, we want to focus on three reasons it can be even more dangerous in today’s world.

Everyone is a Winner!

No loving parent ever wants to see their children saddened by any sense of failure. Whether it’s sports, academic achievement, or any other endeavor, it can be emotionally painful to see a child cry. In an effort to prevent these moments of sadness, many well-meaning parents and educators have championed the concept that everyone is always a winner. We can see this in those schools that have eliminated traditional grading systems and sporting events where every child receives a trophy, to site just two examples.

While these are well intentioned practices, we often fail to remember that the skills that children will use to deal with problematic issues during their lifetimes are established at an early age. Seventy-five percent of a human being’s belief system is established by the age of three years old, with another 20% set in place by the age of 15. Where once, moments of falling short of total success were used as life lessons to encourage more effort, these same moments are now celebrated and rewarded.

Please understand that we are not suggesting that “failure” is something that must be forced on young children at every opportunity. What we are saying is that if children are not taught, at an early age, that failing to succeed can generate sad emotional feelings, we are not fully preparing them for life in the “real world.” There are courses offered to employers today on how to deal with this often established mindset of millennials in the workplace. One current television series, “The Great Indoors,” takes this to the extreme in presenting examples of how ill prepared some young adults are to dealing with anything except praise for their actions.

If young people have no experience in dealing with anything but praise, it’s very easy to see how susceptible they could be to the taunting words of a bully. When no useful tools have been established for dealing with emotionally painful events, children are ill prepared in how to respond to the negativity a bully places in their path.

The power of Social Media

Before the advent of social media, a bully had a limited sphere of power. It might be the playground, the locker room, the neighborhood, or the workplace, to name but a few examples.

With the range of options offered by social media, the power of a bully has multiplied exponentially. Not only can a bully’s words be shared on these many platforms, but with so many people carrying smart-phones, videos of less than flattering moments can be shared as well. Near universal computer skills have even made it possible to edit even the most harmless of videos into emotionally damaging footage. Now the bully has the ability to reach a worldwide audience with brutal harassments.

Rarely a week passes that there isn’t a story on the news of someone who has been negatively impacted by social media or cyber bullying. On some occasions, the news outlet itself contributes to the problem by rerunning an unfortunate video. All of us have heard stories about people who were so overwhelmed, with the level of these negative attacks, that they have even taken their own lives.

Sadly, while social media has brought us connectivity with the world that was once considered unimaginable, it was also brought us these negative consequences. This is not the fault of Facebook, YouTube or Instagram, but rather that of a very few of its users. Andy Warhol famously spoke about everyone’s “15 minutes of fame,” but he could never have imagined how some people might misuse it on such a negative level.

This misuse of social media is something that’s nearly impossible to eliminate. While some suggest that there might be ways to filter and reject certain submissions prior to publication, this would be difficult to accomplish. It also brings in the problems of who and what should be censured, which is never easy in a society that prides itself on “free expression.”

Children lack the tools for how to deal with painful events.

This problem is hardly unique to society today. The lack of education we provide children on dealing with sad life events has persisted since the beginning of humanity on Earth.

As we have discussed in previous articles, most children are never formally taught how to deal with emotionally painful events in advance of actually facing them. More often than not, they absorb this knowledge based on the things that adults have told them, frequently when facing what their parents deemed to be “lesser losses.” While the loss of a toy, a friend who moved, or even a pet might be highly impactful to a child, parents often discount these loses based on the many “greater” losses that they themselves have dealt with as adults.

Rather than repeating the same information concerning the “misinformation” children often learn in how to deal with emotionally painful events, we encourage you to read the articles “Children and Grief” and our e-book on “Myths.” The words and actions of a bully can and do bring elements of grief into the life of that person who is bullied. If a mechanism isn’t established to allow the person being bullied to express their emotional pain without analysis, criticism or judgement, those painful feelings are suppressed inside, where they tend to multiply.

The world today is such a busy place that children are often left on their own to deal with their problems. It isn’t that the parents don’t care about their children, it’s just that they are often oblivious to their issues. If parents ask their children, “What’s wrong?” the most common response is, “Nothing!” The reason for this response is that children frequently find that when they share their feelings, they are given logical or intellectual reasons why they should not feel bad. Since feelings are neither intellectual nor logical, this encourages the child to simply stuff those feelings. Combine this with the tendency of children to immerse themselves in video games, or searches on the internet, and it’s easy to see why they struggle with those who bully them.

The days of sitting around the breakfast or dining room table and talking about the events of the day have disappeared in many households. When these family meals do happen, it’s not unusual to see everyone focused on “personal mobile devices.” This is hardly a situation that fosters sharing of personal feelings on a meaningful level.

How can we make a difference?

Creating a safe place for sharing feelings is ideally something that needs to be established at an early age. “When Children Grieve” can be a useful tool in helping create this environment. It aids parents in opening up conversations with their children, which could lead to solid assistance in dealing with bullying behaviors. The best time to introduce this tool to parents is before a crisis develops, rather than after the fact. It’s important to note, however, that it also can make a real difference after the bullying event(s).

Bullying is not restricted to just children, but can occur at any time in life. It can occur with neighbors, siblings, co-workers, and even within a marriage. The problem is that most adults aren’t likely to equate being bullied as a potential griefing experience. As a result, they don’t see the possibility of taking grief recovery action to help deal with the emotional pain that they are experiencing.

Grief Recovery professionals have a real opportunity to make a lasting and positive difference to those who are dealing with bullies. They can assist the parents of bullied children with the When Children Grieve Educational Program. They can also assist adults by reaching out to them with the tools spelled out in “The Grief Recovery Handbook.” These books offers a plan of action for moving beyond any emotionally painful event.

Bullying is something that should never be condoned. Even if action is taken to stop the bully in his or her tracks, the emotional pain inflicted can linger. It’s imperative that both children and adults be given tools to deal with this emotional pain, rather than letting it have a lasting impact on thier lives. The various books and programs that are the Grief Recovery Method can be of enormous benefit to those who have suffered through such an experience.