Grief is NOT new! 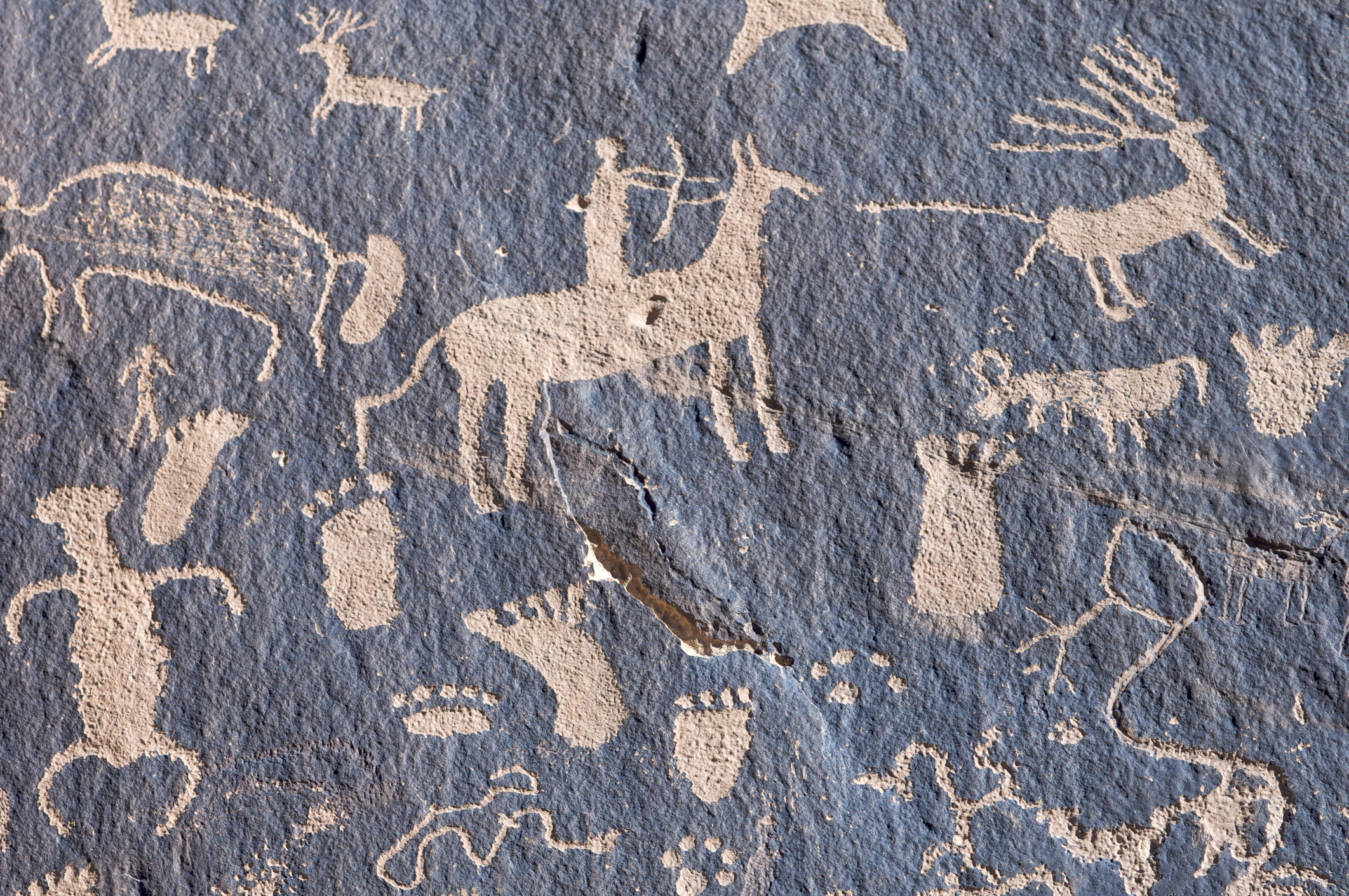 Posted at 05:37h in The Grief Recovery Method by Tanya Stephenson 0 Comments
0 Likes

The normal and natural feelings that are grief are hardly new. In ancient Latin, dolor was one of many words used to express this most basic of human emotions of sorrow, broken hearted and grief. People have been expressing their feelings relating to loss since our earliest written history. The Sumerian language, known to be one of the oldest, had words to describe the feelings of sadness and sorrow.

Even before there were written languages, the earliest cultures of man are known to have had feelings related to grief.
Grief is not just a human trait. Studies have shown elephants, chimpanzees and orcas display grief related behaviour related to death.
What has changed about grief is that globalisation has left people without to tools to process it effectively!
As the people of different backgrounds blend into other cultures, the resulting homogenization can bring many concepts and ideas together. The most obvious example of this is in the variety of different foods that we have available to us today. Most of us, in the “Western” world, eat the dishes of other nations without even realizing that many of these choices were not even known to our grandparents and great grandparents.
While many societies have involved cultural rituals to help their members deal with the emotional pain of grief and loss, much of the recovery value of these actions has been lost with globalisation. While many see globalisation as a new term, it has been a part of The United States since its inception. We are a nation of people formed by immigrants of many cultures. As these cultures blended together, the actions that the members once used to deal with painful events have become diluted and more a matter a habit than meaningful on an emotional level.

Additionally, where once people felt free to verbally express their emotional pain, new societal norms tended to encourage suppressing those feelings inside. Even worse, it has become “normal” for people to fail to even identify the more than 40 life events that can result in grief as grieving experiences on any level.
The word grief is rarely spoken. Instead we call it pressure, emotional overload or trauma. When you fail to call a problem by its true name, you often fail to properly treat it.

Let’s look at an example of mislabelled and ignored grief
Mary Todd Lincoln was described, even in her own time, as “high strung” and “mercurial.” Her cousin noted she could be sunny in one moment and overwhelmed in sadness the next. In truth, Mrs. Lincoln’s life was filled with grief long before her husband was assassinated. Her mother died when she was only six and she never developed a close relationship with her stepmother. She lost three of her four children at relatively young ages. Having grown up in the South, she was mistrusted by those on both sides during the Civil War, who questioned her loyalties. These are just a very few examples of grief causing events in her life, but she had no tools to deal with them. She called on spiritualists to conduct séances, considered at the time to be latest craze in dealing with relationships lost, but to no avail. There was no one who could help her in moving beyond the power of her personal grief. Ultimately her level of emotional pain became such that she was committed to a sanatorium.

When someone suffers from overwhelming grief, and no one addresses it as such, but rather calls it other things, it’s easy to see how it can become a debilitating problem.

With the advent of television, and later the Internet, we have had an opportunity to learn more about the world than ever before. One of the downsides of this is that it has also made it possible for almost everyone in the world to be negatively influenced when it comes to processing the emotional pain of grief.

In 1963, President John F. Kennedy was assassinated. His was one of the first people to have a worldwide audience attend his funeral service. Even today, you can find reports that praise his widow for her strength in the face of adversity. The fact that she never shed a tear in public was sighted as a glowing example to the country, and the world, of the proper way to deal with tragedy in life. There are accounts of people who wrote to her praising the example that she set.
During her time as the First Lady, Jacqueline Kennedy was seen as a fashion and cultural icon. Many people, around the world, looked to her for guidance in the “proper” way to do things. This was not a role she actively sought, but it was how many people saw her. Although she presented the image of strength and dignity in public, the truth of the matter was that she was overwhelmed with grief behind closed doors. It was not until years later that anything was written about how she struggled with her grief. The fact that her public persona displayed no emotional pain was taken as the perfect way of dealing with loss. Essentially, what the public took away from this horrific event was that the best way to deal with the pain of grief was to stuff those feelings deep inside and never share them with others.
The older traditions of invited opportunities for grievers to publicly release the intense emotional pain of grief and loss were now hopelessly out of date, when compared to this new “better” example. The “new tradition” of how to “properly” deal with the feelings of grief has been repeated many times since with other funerals that have been seen worldwide on television and the internet.

Please understand what we are trying to communicate
We are in no way saying that it’s imperative that people must cry in public as a part of the grieving process. The point that we are trying to stress is that it’s normal and natural to feel the emotional pain of grief after any loss. The things we grieve are not just deaths. Every change that is outside our normal day to day existence can bring with it elements of grief.

When we experience an emotionally painful event it’s normal and natural to want to release that pain, rather than to hold it inside. The design of the human body facilitates this via tears and vocal expressions. Such things were once publicly accepted as a part of grief. Over the last few centuries, the socialization process, that we all go through as we mature, has increasingly encouraged people to stifle these expressions, rather than allow them to be expressed openly. This is a learned behavior pattern.

No wonder so many people find themselves lost when it comes to dealing with grief in their lives. If we have no examples on how to effectively deal with this emotional pain, we have no tools to use in our own lives.
It’s this lack of information on how to effectively move through the grieving process that has made The Grief Recovery Method a worldwide movement

When Stephen Moeller first started utilising The Grief Recovery Method to assist grievers in his community, over 35 years ago, it was an approach that he discovered quite by chance. One of the people, with whom he worked, had heard John W. James speak at a conference and thought that what he shared was worth investigating. The concept of helping people in dealing with the emotional pain of loss was something little discussed outside of professional circles.

Like mine, Stephen’s motivation for taking this training was strictly to help others. What we quickly discovered, however, was that we were also  grievers. Like both of us, we were so well “trained” in suppressing  feelings of pain and loss and we did not realise the negative impact these feelings were having on us, never realising the negative impact they were having.  Like Stephen, once I saw how these techniques made such an enormous difference in my life, it made me even more determined to share them with others.

With the advent of the Internet, word began to spread as to how effective these tools could be for others. The Grief Recovery Institute now has branches in Canada, Mexico, Europe and Australia, and trainers who regularly work with grievers on every continent, except Antarctica. These tools seem to work in every culture.

“The Grief Recovery Handbook” has been translated into over 20 languages to assist people in dealing with emotional loss of any kind. It’s a step-by-step roadmap to dealing with the unfinished business in relationships. It can help you to once again be able to enjoy fond memories, without reigniting the overwhelming pain of your loss. It can help you take back control of your happiness. It shows the way to become a “survivor,” rather than remaining a victim of circumstance. You can seek out my assistance to help you on this journey to recovery, instead of facing it alone.
Grief is nothing new! If you have found that you are struggling to deal with the grief in your life and that nothing has seemed to help, now is the time to look for proven assistance. You will find that with the Grief Recovery Method.

If you found this article to be helpful information, we suggest these articles from our Grief Blog:

The Best Grief Definition You Will Find

Grief Books: The 5 best books ever written on Grief Recovery